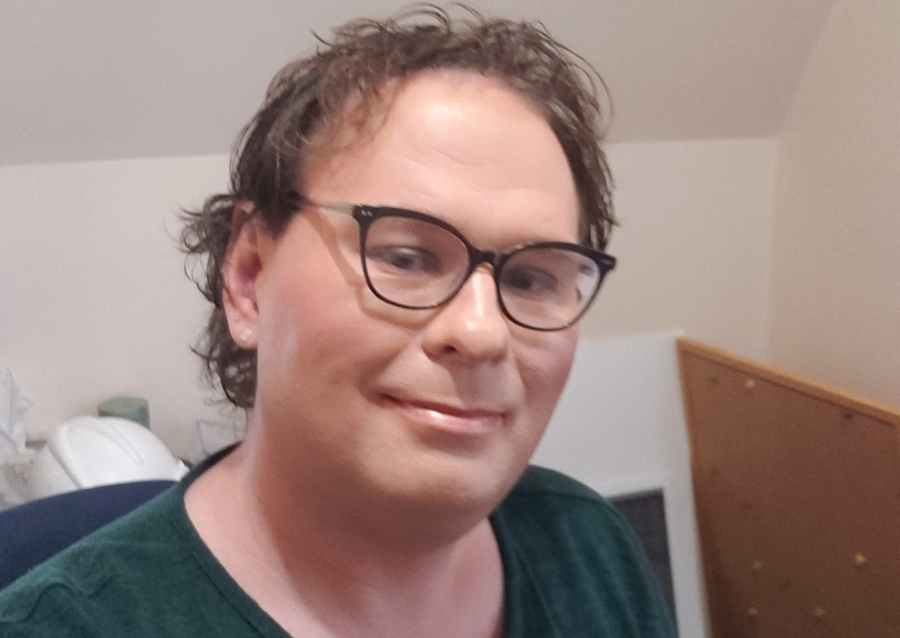 Talking to my supervisor today after a big long talk about work we talk briefly about the whole also being a her thing. On a basic level I am shifting my primary daily work wear from men’s and occasionally women’s to mostly women’s or feminine. She is encouraging me to come out fully and truthfully she has a point. Right now my public face at work will remain male but the rest of the time I’ll be much more flexible and as of late I’m more woman than man anyways. I am even starting to skip the wig.

To this point I have been very selective as to whom I am coming out to and the responses have been positive and supportive. At work no one even mentions it, and today the fourth staff member who I told in December and had not seen me was in while I was Jessie and didn’t mention it and we just had a normal work day. I have become so much more comfortable with being a woman and am slowly building up the guts to go out for coffee or drinks as one. I know I am still bigender but I am definitely at this time much more in the woman part than the man part of that equation. Since I was a child I have known that I wanted to be a girl and a woman but I don’t feel discomfort with being a man. I spent the last two and a half decades of my life shying away from that and now regret that as I could have been Jessie years ago and I don’t really want to keep doing that. People keep telling me how good I look and how proud of me they are and I don’t want to hide.

My family is one of my biggest hurdles as while I know they would be accepting and supportive I just don’t want to deal with them. May seem odd but my family dynamics are stressful and I am just not sure if I am ready for that. They also do not live here mostly so it should be reasonably easy.

As for friends I know the answer is fuck the ones that get all angry about. That said there are still social pressures and I am rather apprehensive about disrupting the social norm. But at the same time I am defiantly tired of hiding and being worried about people finding out. Perhaps I’ll just change my Facebook profile picture

I suppose as I come into my own as also being her I should put on my big girl panties and deal with it. I know in the end I’ll likely be happier if I am able to be him and her at will. This is going fast but I’m enjoying it.

3 thoughts on “Is it time to Fully Come out?”

I love to hear from people who read my blog, even if your not in agreement with me. Your comments may spur me on to write something else so please comment. Cancel reply

A personal quest to explore my gender.

Observations, Adventures, Experiences of a Crossdresser

Yet Another Transgender Blog

A Male Bigender woman's thoughts on crossdressing, gender, and society

Adventures of an Indian Transvestite

My evolution from a pre-teen closet cd to a daring, mature transvestite

My Life As A Canadian Crossdresser

a blog sponsored by the MAMA BEARS ORGANIZATION - for more info visit realmamabears.org